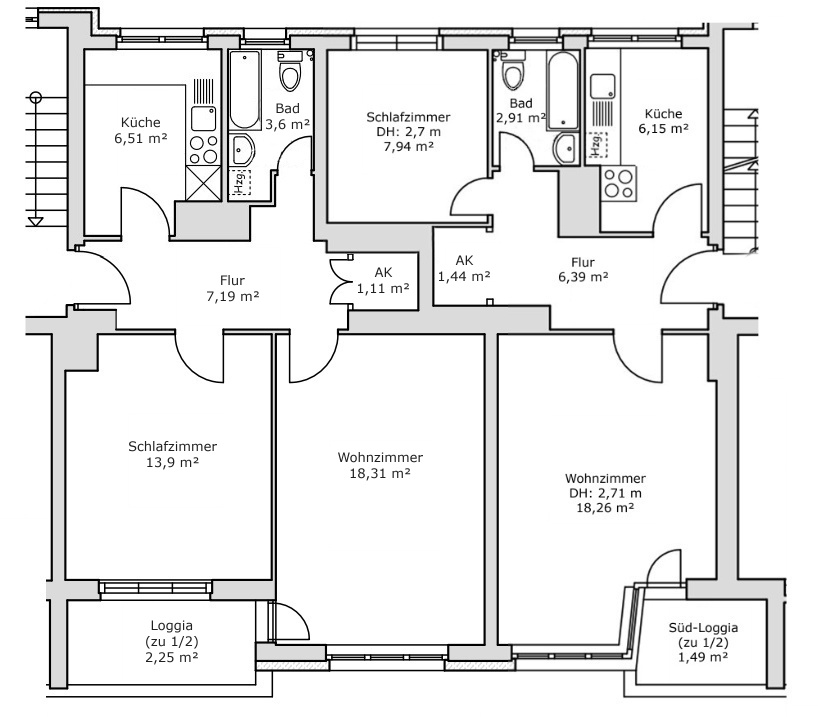 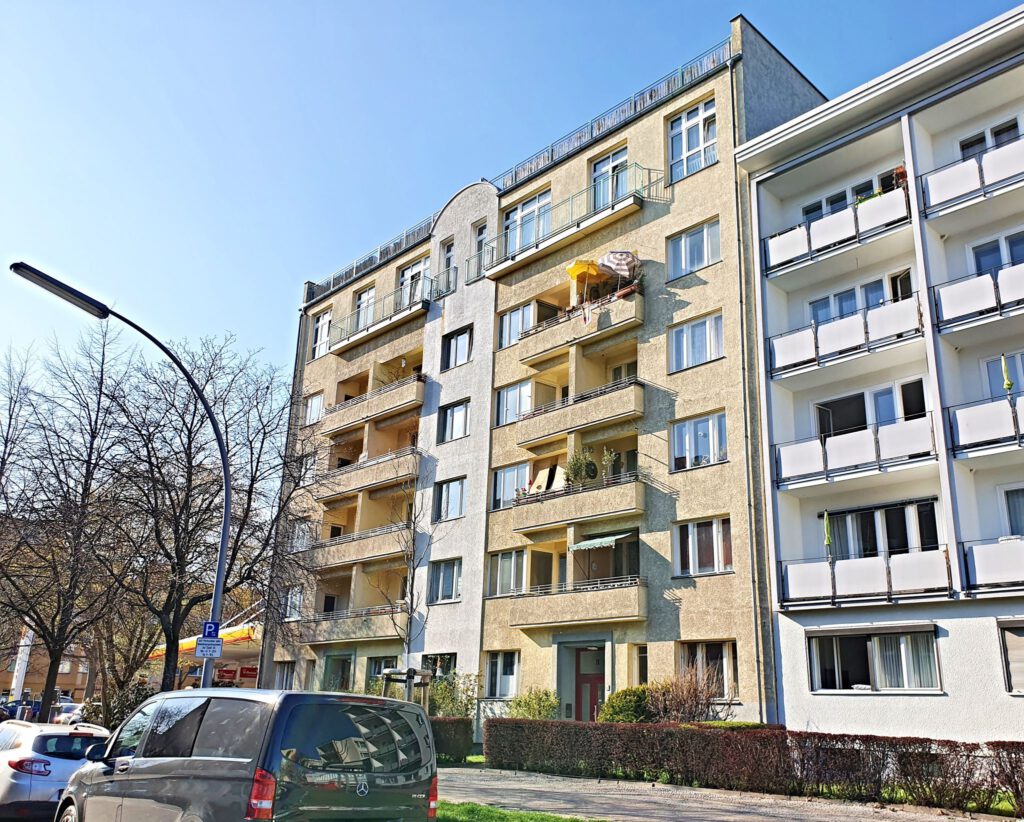 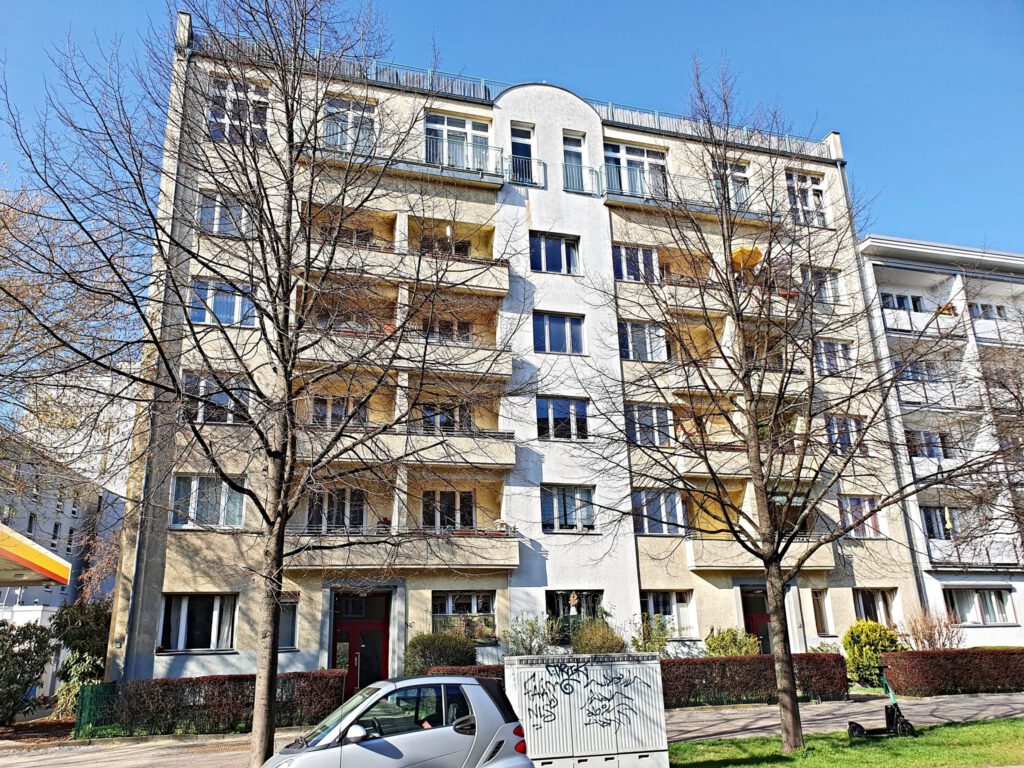 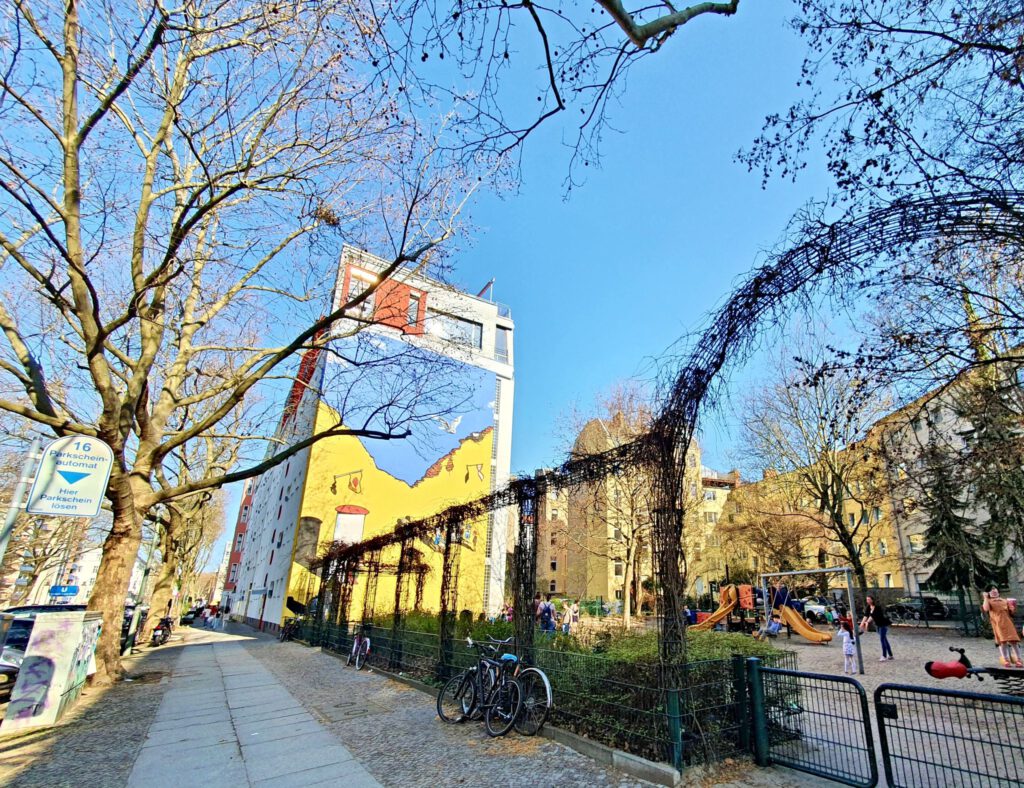 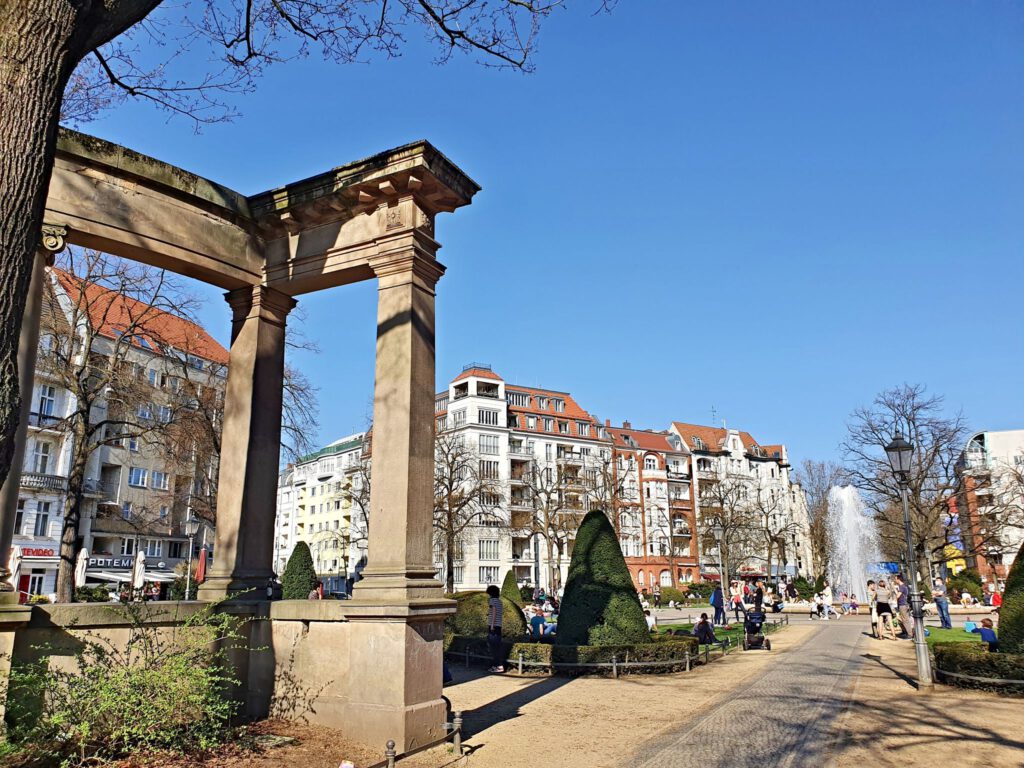 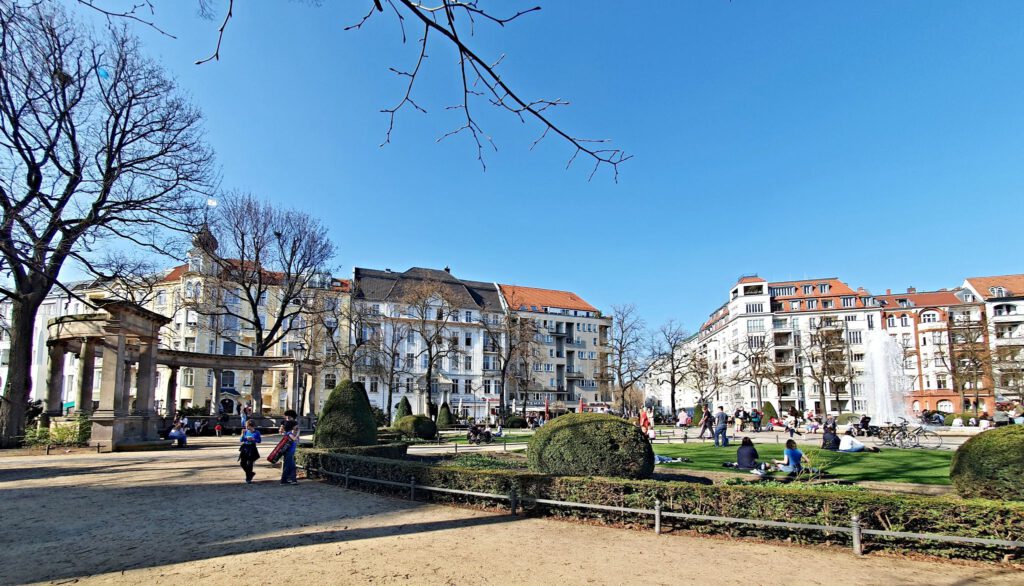 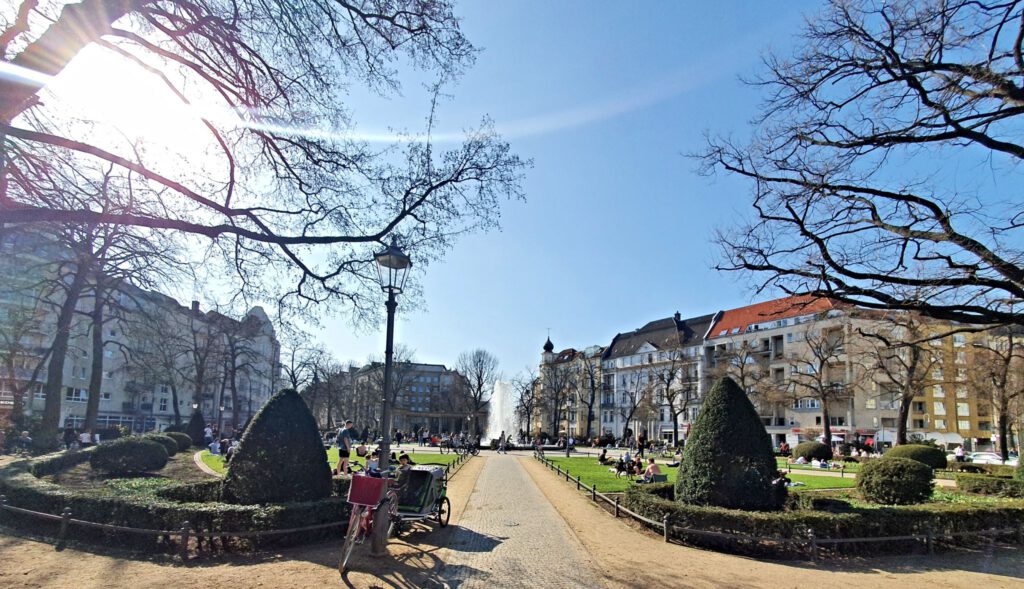 This two flats are already official one flat.

The house was built in 1956. The top floor was expanded with two apartments in 1994 and two Schindler elevators were added in 2017.

Schöneberg is a contrasting district, both exuberant and residential, located in West Berlin. It’s known for the KaDeWe, the historical luxury department store of Berlin, built at the beginning of the 20th century. The world-famous KaDeWe shopping center is also within easy walking distance – there are also numerous other shopping opportunities on the nearby Kurfürstendamm. This area also offers a variety of restaurants, cafes and bars.

Winterfeldtplatz is ideal for a stroll with its weekly market. In this very cultural part of the city, there are many international schools, such as the Ecole Voltaire or the Lycée Français, as well as art exhibitions and museums, including the Philharmony and the new National Gallery.

Nollendorfplatz is also a very lively area with its restaurants, bars and street concerts in summer. There are also many art galleries on Potsdamerstraße, like Kunstpalais.

Schöneberg is well served by public transport, notably thanks to the underground train which some Art Nouveau resorts is worth to be visited. Several well-preserved Art Deco buildings are located in Schöneberg, which cohabit with buildings from the 1950s and luxury new built projects.ater, cabarets, bars …), like around Akazienstraße. The proximity to the subway stations Nollendorfplatz, Bülowstraße and Kleistpark (U1, U2, U3, U4 and U7), which are just a few minutes’ walk away, gives you very good connections to the public transport network. Central places such as Alexanderplatz or Potsdamer Platz can be reached from here in under 20 minutes.

We make buying, selling and letting property easier for you